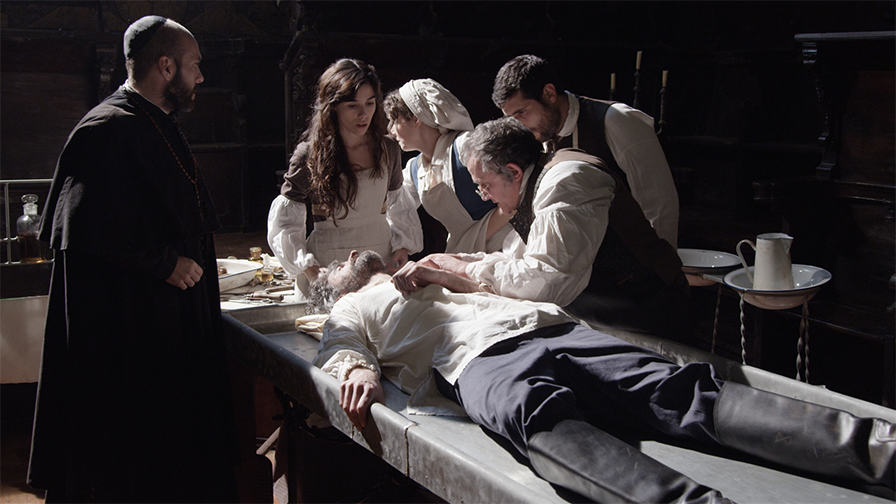 Synopsis: Before becoming the luxury hotel that it is nowadays, the Royal Hospital was one of the principal hospitals in Spain. «Royal Hospital» takes place at the end of the XVII century, on a historical context hit by the economical crisis and the arrival of the liberal ideas from the French Revolution.

Olalla, a peasant, rescues an injured man next to a path. He´s Daniel, the future surgeon of the Hospital and son of an important nobleman from the city. While Daniel is recovering on her house, they fall in love and Olalla decides to go with him to Santiago, dreaming about becoming a nurse at the Royal Hospital. From there, a series of murders, a forced commitment, the dirty business of Daniel´s father and the political and economical conflicts will separate Olalla and Daniel.

A history with the perfect mixture of love, mystery and melodrama, where the medicine and the history of the XVIII century play an important role.