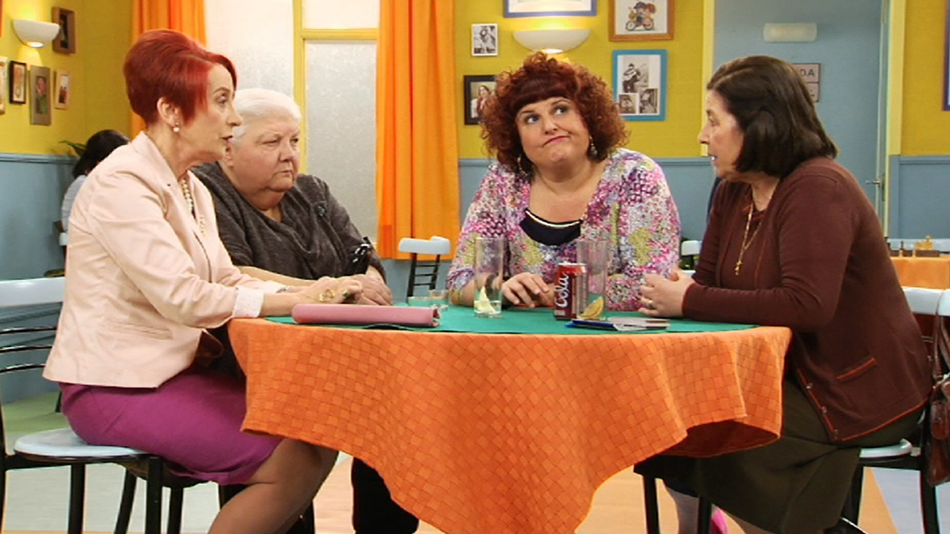 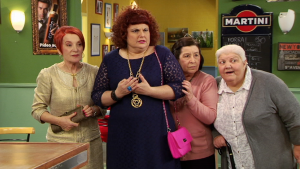 Marina, Sofía, Amparo, Antonia and Milagros are a group of «old» women who gather in the afternoon at the Social Centre of their village to play cards, specifically the escoba. They play because they like to talk. It’s the perfect excuse to give a tour of all the topics that are not normally spoken about, and of which we also speak. The excuse to fix the world.

Taking advantage of the game and each one from their own personality, they sweep something every day that bothers them, grieves them or makes them sad. (In prison, the prisoners also play at erasing what they don’t like). They sweep away loneliness, lack of health, intolerance, fear of old age, lack of love, the absence of their children, impotence….

They also play because they like it. The discussion of the game itself, the competition…