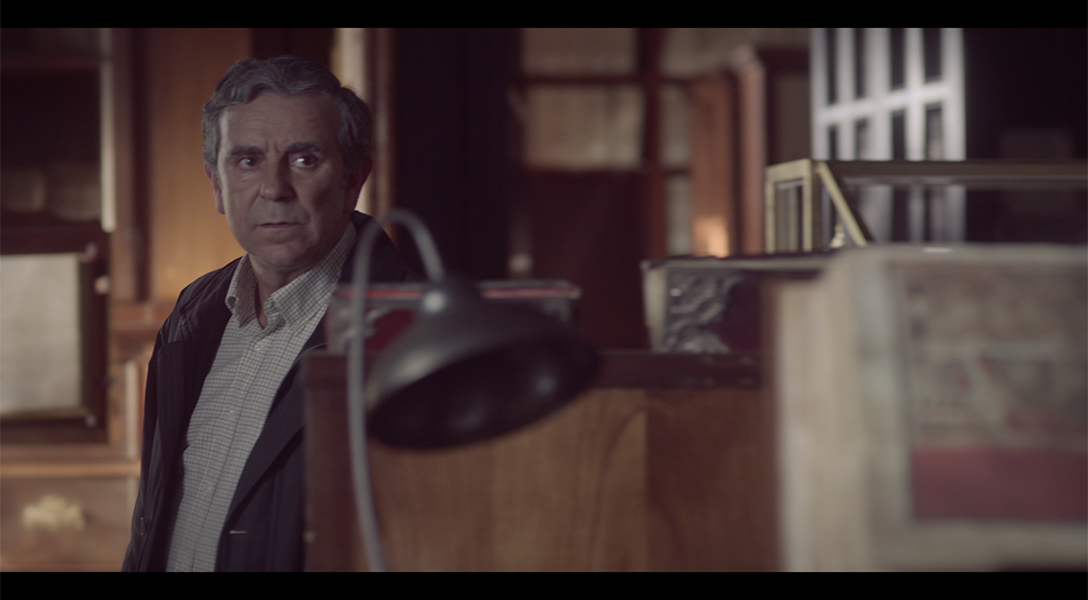 Synopsis: The Stolen Codex is the history of an obsession told in the form of a historical thriller.

Santiago de Compostela´s Cathedral is the crime scene. This is the first time that this place opens the doors to tell a story based on real events: the Calixtinus Codex theft.

A big shock for the Catholic Church and the international culture. A case full of unknowns that are still unresolved.

There are a lot of investigation lines. No one suspects that it was Manuel Castiñeiras who did it, a humble electritian who works on the Cathedral. A simple and religious man who hides a personality full of obsessions and traumas.

Who could think that the codex international scandal has his epicenter on such an anonymous and tortuous life? What could make a man steal something like this? Is the church involved?

Is someone else behind of the theft?