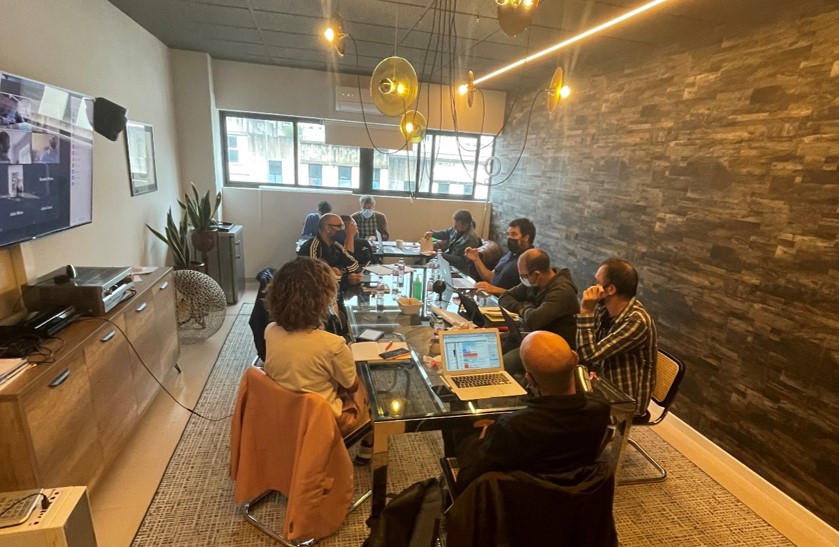 The production company repeats collaboration with Amazon Prime Video with this new project with the Amazon Exclusive seal.

Inspired by the true story of the first narco-submarine intercepted in Europe, the series will soon begin filming in Spain and Portugal.

Set in November 2019, a semi-submersible of artisan construction crosses the Atlantic Ocean with three tons of cocaine inside. Inside, three men survive storms, currents, breakdowns, hunger, fights and constant police harassment, until finally being intercepted by the Civil Guard. At the helm is Nando, a young Galician amateur boxing champion from Spain and an expert sailor with no financial resources, who is forced to find other means to earn a living.

Mamen Quintas, executive producer of the project and CEO of Ficción Producciones affirms: “Our production company delves into this ambitious and powerful story that occurred in Galicia, a seal that as a company we try to maintain in our productions; local content with international projection and character. Carry out this project with Daniel and Amazon Prime Video we guarantee the best result. The series will be told in a 4×50 “format as a co-production with RTP and Forta, led by TVG”

“We are very excited to embark on this ambitious project again with Ficción Producciones, which is undoubtedly a seal of quality for us, and even more so with a director of the stature of Daniel Calparsoro,” said Chris Bird, Head. of EU Prime Video Content, Amazon. ”Operación Marea Negra is also a very special series for us, since it will be the first co-production we carry out between Spain and Portugal where we are increasing our presence and we really want to announce the cast that will surely make a difference

For its director, Daniel Calparsoro, Operation Black Tide “fascinated me from the beginning because it contains the elements of the great adventures of the 20th century, such as the journey of the” Kon Tiki “to demonstrate that you could cross the Atlantic Ocean on a raft. Being a story about drug trafficking, a global disease that devastates the planet, it is a story of challenges and humans, of experiences to the limit that transcend the mere fact of drug trafficking. This operation is a milestone in the history of the Civil Guard and European police , since it is the first semi-submersible located with tons of cocaine on the European coasts, despite the fact that a large number of these vessels have been detected, especially in the Caribbean. In addition, the human history that contains the challenge of Crossing the Atlantic Ocean in a semi-submersible made of fiberglass, with little space or means to fight a storm, fleeing from satellites and international police organizations, raises the “Feat” to those great challenges of the last century “

A feat where the past meets the future in the form of a character, “Nando” inspired by a real event and real people. A story of action and tension, but above all a story about the limits of the human being.

The new Amazon Exclusive series Operación Marea Negra will feature 4 50-minute episodes that will be produced by Ficción Producciones (3 roads, Live without permission), with Mamen Quintas and Julio Casal as executive producers, together with the Portuguese Ukbar Filmes (El man who killed Don Quixote, Gaza, mon amour) and as co-producers FORTA, led by TVG, and the Portuguese RTP.

The script is written by Patxi Amezcua (Without limits, Seventh) together with Natxo López (Lost, Charon, Living without Permission), and the advice of Javier Romero, first journalist to narrate this story.

The series will be directed by Daniel Calparsoro, Oskar Santos (The Favorites of Midas, Hierro, Zipi and Zape and the marble club) and João Maia